3 Challenges Women in Technology Face and How to Overcome Them

By Clint Hankinson September 20, 2016 Careers, Women in IT 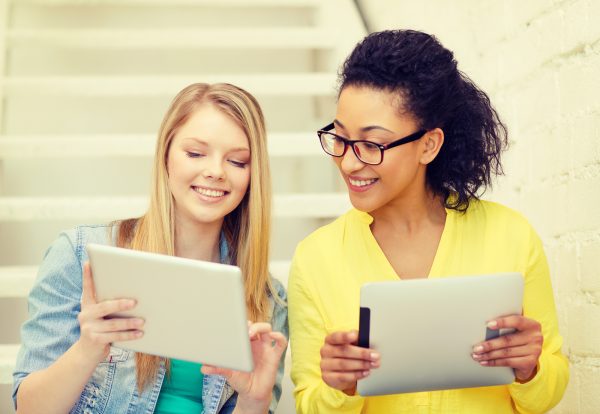 Despite progress in employment gender equality, men continue to substantially outnumber women in terms of employment in the tech industry. Many analysts attribute the gender disparity in technical fields to the fact that women study science, technology, engineering and mathematics (STEM) at a lower rate than men do. Some experts suggest that cultural expectations also influence the gender divide causing women to feel pressured to pursue careers in other industries.

Regardless of having equal or superior skills to their male counterparts, women often feel like societal pressure and cultural norms work against them while seeking employment and advancement in tech careers. Many companies have taken a proactive approach toward gender bias in tech employment by adopting inclusive and collaborative policies that mandate equal treatment for men and women. However, the following three challenges still exist in many settings, but women in IT can overcome them as they pursue a fulfilling and successful career.

Statistics indicate that women working in IT positions report gender inequality at a higher rate than the overall average among employed women. Networking opportunities and promotions go to men in tech careers at a higher rate than to women. Company events and trade gatherings often provide settings where male tech workers exhibit sexist attitudes and behaviors toward their female colleagues. Meanwhile, employees in the work environment often question whether a woman has the ability to address and resolve technical issues.

Gender discrimination, though illegal, still exists in the job market. Interviewers ask questions about marital and parental status to three-quarters of female applicants. Even when not directly quizzed about their family status, a stunning forty-percent of all women feels like they must carefully guard details about their family during job interviews.

Women who experience discrimination and inequality in the workplace should talk about the issue openly and report it to their supervisor. The company’s responsibility will, then, be to address the issue properly. To prevent such situations from occurring again, business owners need to educate their personnel about gender discrimination and teach them how to recognize and deal with it.

Moreover, business owners and managers who have a healthy attitude toward women in the workplace should set an example for the entire company by behaving in ways that respect all workers and treat everyone working in IT fairly, regardless of gender. Such behavior will also respectfully treat all employees that become mothers and make them feel comfortable and secure while taking leave. Similarly, employers need to adopt flexible scheduling so working mothers don’t feel as though they must neglect their responsibilities to keep their job.

Women in male-dominated fields such as IT often lack self-confidence and suffer from feelings of inferiority. In a workplace where the great majority of employees are male, women often feel as they don’t fit in. A drastic number of approximately 60 percent of women working in tech report sexual harassment. Although such problems can exist in fields with a higher degree of gender equality, the problem seems worse in IT. Female tech workers have a higher incidence of sexual harassment in IT because fewer targets exist in that profession. The fact that one-third of women IT workers feel unsafe at work illustrates the severity of the problem. This is a serious issue and women should never hesitate to report it to their supervisors.

Additionally, not having a college degree in engineering or computer science can also lead to a workplace atmosphere where women feel as though they don’t fit in. Some women can also experience difficulty staying up-to-date with the latest trends in technology, leading to a skill gap that adds to the challenges they face. Still, women can do IT jobs just as well as men can, as long as they make an effort to develop and maintain their proficiency in required skills.

Luckily, the IT industry usually operates as a meritocracy where employees who deliver consistent results receive favorable treatment regardless of their gender or background. Women can overcome the obstacles they face while working in IT by letting their performance speak for them. Although the strategy doesn’t eradicate gender-based prejudice and discrimination, it allows women to achieve upward mobility.

3. Lack of Support and Understanding

Female IT employees often report feeling as though they don’t have the full support of their coworkers. They also feel a lack of support at home in cases where their family members and friends still embrace cultural biases regarding women in the workforce. Attitudes about the role of women at home often prevent female IT workers from achieving a healthy work-life balance. Also, new mothers often cut short their paid maternity leave because they feel as though they will lose their job or promotion because of their absence.

Handling inequality and discrimination in the workplace is hard on its own, but handling it without any support for the chosen career makes things even harder. Working on improving the quality of family communication can go a long way in making sure that every female IT worker’s family member understands that their job in the IT industry is important to them.

What Else Can Be Done?

IT companies need to recognize and admit to the problem of gender inequality in their IT workforce. They need to diligently transform their corporate culture into one that respects all employees, regardless of gender, and make discrimination and harassment socially unacceptable.

Employers need to create and enforce policies that protect women when they become victims of sexual harassment and discrimination. However, they also need to go beyond forced compliance to fully eliminate gender-related IT employment issues.

Technology exists for men and women and so does IT employment. As companies and families work to erase gender-based prejudices, more women will aspire a career in the tech industry. Girls need positive male and female role models so that they will never consider their gender as a negative attribute. Therefore, schools need to eliminate gender biases to make girls and young women feel comfortable enough to enroll in STEM studies.

Women can overcome gender-based challenges in IT right now by focusing on their skills and staying current with industry trends. Still, cultural norms need to change in employment, family and educational settings to permanently eliminate the problem of gender discrimination, so every woman can feel confident, supported and safe as they pursue their dreams. As an atmosphere of equality permeates the workplace culture, women will feel confident because they know their skills and performance determines their success rather than their gender and college degree.

To help young women succeed in technology, IT-oLogy offers WISE (Women in Information Technology Science and Engineering) and the Aspirations in Computing award from NCWIT. The IT field desperately needs the contributions that women bring.

Lisa Michaels is a freelance writer, editor and a striving content marketing consultant from Portland. Being self-employed, she does her best to stay on top of the current trends in the business world. She spends her free time trying out new recipes or reading Scandinavian crime novels. Feel free to connect with her on Twitter @LisaBMichaels.