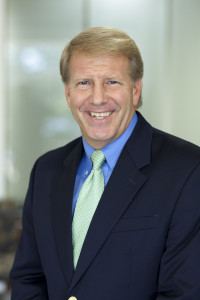 Thanksgiving has passed and we thank all of our partners for their belief, support, engagement and financial contribution. With the holidays upon us, we want to wish everyone a joyous and happy season. It is the time of year for reflection upon the last year and note the accomplishments of many who have advanced the mission of IT-oLogy – to grow the quantity and quality of the information technology talent in this country. It is also the time to expand the plans in place for scaling a working model across the country.

With Promote IT programs such as Cyber Saturday held in multiple cities and even smaller rural communities across five states, we believe we can more than triple the 100,000 plus students that we have influenced, trained and, in many cases, guided to pursuing careers in the IT professional discipline. The impact of Promote IT programs is only a small part of the K-12 success story. IT-oLogy partners, as part of an NSF grant called ESEP, worked closely with state and local education in 2014 to finally introduce a four course sequence for Computer Science in multiple districts across Georgia, Maine, California and South Carolina.

These K-12 efforts, along with those of many other partner organizations like code.org, NCWIT and Connected Nation, are producing results toward goals that IT-oLogy set forth in the very beginning. Working with our academic higher education partners, the goal was to increase the enrollment in computing and IT related fields. Generally, across more than 150 partners, the enrollment has increased 30% with some schools leading the way. The Integrated Information Technology major at the University of South Carolina, Computer Science at West Texas A&M and Robert Morris in Pittsburgh have seen 50% increases. 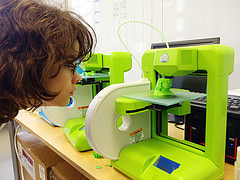 If you follow the supply chain concept as students move through the pipeline, a key connector is how business partners post their internships and full time entry level positions to the far reaching audience of students at these partner universities. The IT Gateway is the IT-oLogy product they use to post their resumes and portfolios so this tool provides reach and access for students and employers alike. The numbers of students and job postings have continued to grow by nearly 400% over the last year.

Another Teach IT program implemented in 2014 was Coursepower, the branded program for schools that introduced the Applied Computing minor or certificate program to all students, no matter what their major may be. This phenomenal program was implemented simultaneously across four schools in Columbia, SC. The University of South Carolina, Columbia College, Benedict College and Midlands Technical College have seen more than 1,200 students add this minor in just the first year. The South Carolina Legislature saw the value of this program to workforce and economic development and has provided a public match to go with the private industry funding to expand this program across the state of South Carolina. 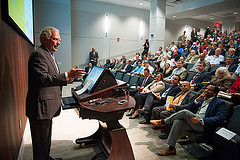 With the Grow IT initiative, the IT-oLogy supply chain model continued to positively affect our business partners with state of the art, ongoing professional development and engaged networking events to further the economic conditions of cities and states based on the underlying premise that IT and software are reinventing business. IT-oLogy events, Connections and Trends, brought hundreds together to learn and discuss key topics. The Trends conference, featuring Gartner analysts, has completed its fourth year and has featured topics such as 2011 IT Modernization, 2012 Big Data, 2013 Predictive Analytics and 2014 the Internet of Things. All are leading edge topics of their time. The 2014 Trends conference was live streamed from headquarters in Columbia to six locations around the country.

A couple of new highlights in 2014 were the introduction of the first State of IT Summit for South Carolina where IT-oLogy teamed up with the South Carolina Department of Commerce and the South Carolina Chamber to deliver a very impactful look at how widespread IT capabilities are driving economic growth in various areas of the state and in various industry verticals. The second was the expansion of the open source conferences that IT-oLogy has delivered for the last five years. POSSCON in Columbia became All Things Open in Raleigh and Great Wide Open in Atlanta. More than 2,500 attendees participated in the three events and the value continues to rise in the relationships that are being forged because of IT-oLogy.

So let’s look forward to 2015. I personally invite you to become more involved and find a way to help IT-oLogy help you as a professional, your company as a partner, your family as parents of our future workforce or just as a concerned citizen. We want to provide you with several key program products to look for in early in 2015:

Thanks, and most of all, have a wonderful and joyous holiday season.