COLUMBIA, SC, JUNE 24, 2014 – IT-oLogy has been selected by Code.org as the South Carolina Affiliate for the national code.org affiliate program. IT-oLogy is among approximately 100 Affiliates nationwide. 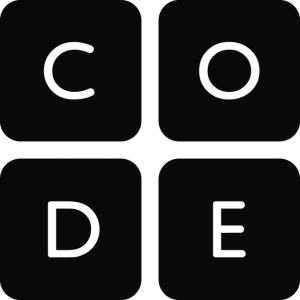 The US Bureau of Labor Statistics predicts one in every two STEM jobs in the country will be in computing occupations, with more than 150,000 job openings annually making it one of the fastest growing occupations in the United States. And these jobs pay 75 percent more than the national median annual salary. Finally the breadth of industries requiring computing professionals is diverse — two-thirds of computing jobs are in sectors other than information technology, including manufacturing, defense, health care, finance, and government.

Computer science is a top paying college degree and computer programming jobs are growing at 2x the national average.

9 out of 10 schools don’t even offer computer programming.

Exposure to CS leads to some of the best paying jobs in the world, but 75% of our population is unrepresented.

In 28 of the 50 states, computer science can’t even count towards high school graduation math or science requirements.

While 57% of bachelor’s degrees are earned by women, just 12% of computer science degrees are awarded to women.

Less than 2.4 percent of college students graduate with a degree in computer science and the numbers have dropped since the last decade.

IT-oLogy is a non-profit collaboration of businesses, academic institutions, and other organizations dedicated to growing the IT talent pipeline and advancing the IT profession. IT-oLogy has three major initiatives: Promote IT (K-12 schools), Teach IT (Higher Education) and Grow IT (Professionals and Businesses). For more information about IT-oLogy, visit www.it-ology.org or contact Rachel Barnett at [email protected] or 803-354-5735. Follow us on Facebook and Twitter.

Code.org® is a non-profit dedicated to expanding participation in computer science by making it available in more schools, and increasing participation by women and underrepresented students of color. Our vision is that every student in every school should have the opportunity to learn computer programming. We believe computer science should be part of the core curriculum in education, alongside other science, technology, engineering, and mathematics (STEM) courses, such as biology, physics, chemistry and algebra.